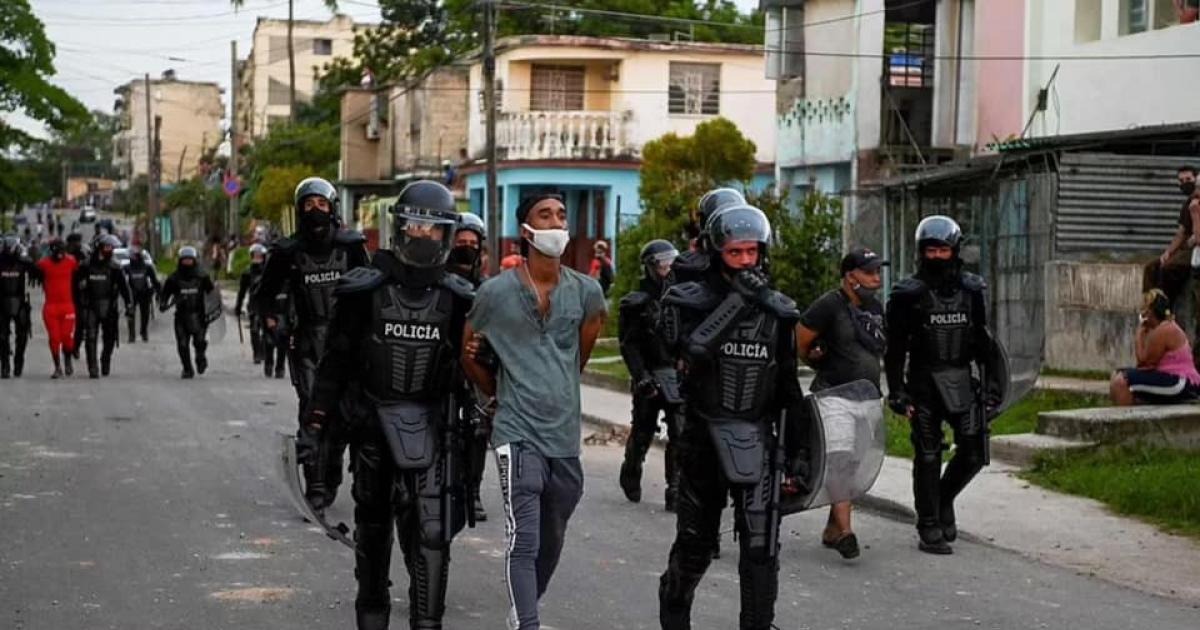 Today, Democratic Spaces and the Cuba Decide promoters have filed a joint request for the imposition of targeted sanctions on twelve (12) Cuban officials and entities responsible for gross violations of human rights, particularly in the aftermath of the July 11, 2021 peaceful protests. These officials and entities are:

On July 11, 2021, the people of Cuba came together in one of the largest peaceful protests in recent Cuban history. Hundreds of thousands of Cubans took to the streets to demand freedom and democracy. Pro-freedom protests continue to this day.

In response, the Cuban regime cracked down in violent repression. Cuban state officials committed so many arbitrary arrests in the aftermath of the protests that Cuba is now the leading jailer of political prisoners in the Americas. It is estimated that between 2,000 and 8,000 people were arrested across Cuba. As of October 31 2022, 1,027 persons, including 34 minors, are still detained or imprisoned since the July 11 protests. Use of arbitrary detention became so severe that the UN Committee on Enforced Disappearances initiated urgent action for 187 cases in Cuba under Article 30 of the Convention on Enforced Disappearances. Human Rights Watch found systematic use of “arbitrary detention, ill-treatment of detainees, and abuse-ridden criminal prosecutions” by Cuban officials, as well as routine use of “brutal abuses” in detention, including sexual and gender-based violence.

As documented by a group of 14 NGOs in a report to the United Nations Committee Against Torture, officials of all branches of the Interior Ministry enjoy impunity in their commission of gross human rights violations domestically.

Canadian officials have condemned the Cuban regime’s commission of human rights violations in the aftermath of the July 11 protests. Canadian Prime Minister Justin Trudeau stated “[w]e’re deeply concerned by the violent crackdown on protests by the Cuban regime” and “[w]e condemn the arrests and repression by the authorities of peaceful demonstrators. Cubans have the right to express themselves and to have their voices heard.” Canada’s Global Affairs Ministry tweeted that “Canada condemns #Cuba’s harsh sentencing following the July 2021 protests” and “Canada strongly advocates for freedom of expression and the right to peaceful assembly free from intimidation. We stand with the people of Cuba in their aspiration for #democracy.”

Democratic Spaces and the Cuba Decide promoters are now calling on Canada to follow up its words with actions. The United States has used its Magnitsky legislation to impose a variety of targeted sanctions on Cuban officials and entities with responsibility for the human rights violations in the aftermath of the July 11 protests. To reinforce the need for coordinated actions among democratic nations, Canada should do the same and impose targeted sanctions.

Especially given the impunity that Cuban officials enjoy domestically in Cuba, it is crucial that Canada do its part to hold to account those responsible for gross violations of human rights against the Cuban people.