Cuban democratic civil society won at the Summit of the Americas

Parliamentarians from Europe and the Americas meet in DC in support of democracy in Cuba. 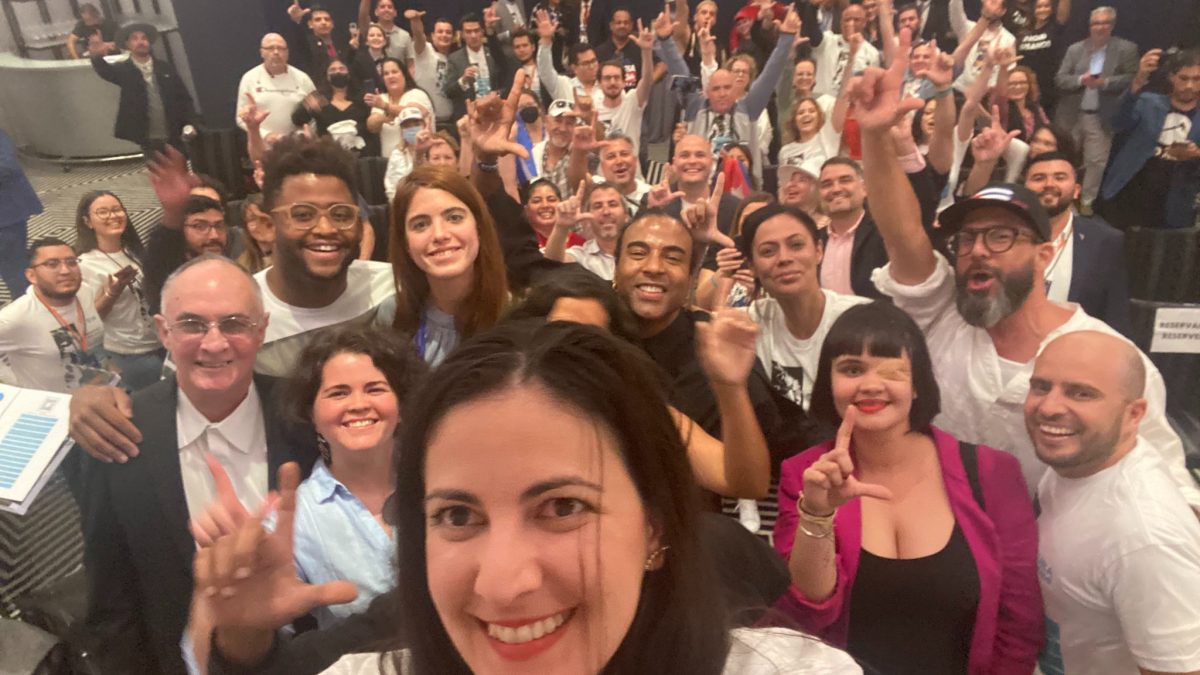 The unity of all Cubans has been the cornerstone of these days. Promoters of Cuba Decide along with other activists, artists and Cubans residing in Los Angeles request action from the presidents gathered at the Summit of the Americas and led a peaceful demonstration and international event for a Free Cuba.

Cuban activists, together with Nicaraguans and Venezuelans, and with the majority support of the civil society organizations present at the Summit of the Americas, achieved that the first request to the presidents meeting in Los Angeles is that they condemn “the dictatorships of Cuba, Venezuela and Nicaragua and take action to promote the right to democracy of peoples”.

Rosa María Payá proposed the point in the first plenary hearing, inviting everyone to speak about “the dictatorships that are making our hemisphere bleed, that is the issue that the presidents must address: how to stop giving concessions to the dictatorships and start acting to defend the right of peoples to live in democracy”. Yotuel Romero, a two-time Latin Grammy winner, continued, warning that: If we don’t condemn dictatorships, young people are going to think that being a dictator is good.” Cuban Félix Llerena also requested to include the alert about the threat posed by the actions of the Sao Paulo Forum on the continent. And the Venezuelan Tamara Sujo together with Rosa María Payá wrote the last point of the declaration of the civil society of the Americas to the Presidents that invite them to “condemn the destabilizing actions of the Sao Paulo Forum and the Puebla Group in the Hemisphere, as well as the interference of the Cuban dictatorship in any other state.”

On Wednesday afternoon, summoned by the Cuba Decide Platform, Cubans in LA gathered around the Convention Center to demonstrate in favor of the above points and demand the release of political prisoners in Cuba. From there, they marched to the event organized by Cuba Decide, which was attended by dozens of young people from all over Latin America, members of Juventud Lac, the Cuban activists and artists gathered at the summit, and a representation of the Nicaraguan and Venezuelan diasporas.

The meeting began with the premiere in California of the short documentary on the state assassination of Oswaldo Payá and Harold Cepero, just a few weeks before the 10th anniversary of the state attack. Juan Carlos Vargas, presented the report Peaceful Demonstration and State Terrorism in Cuba, one year after 11J prepared by the Foundation for Pan American Democracy, accompanied by the testimonies of Claudia Genlui and former Cuban political prisoner Roberto de Jesús Quiñonez.

In a panel with Rosa María Payá, Chilean Senator Javier Macaya, Vice President of ParlAmericas, announced his integration to the Transatlantic Parliamentary Forum for a free Cuba and read his commitment to the action proposals of Cuba Decide for presidents, including to:

Several of these requests are also found in the document agreed upon by all the Cuban organizations gathered during the Summit of the Americas. You can read it here.

The day ended with performances by El Funky, raising the voices of his friends in prison in Cuba, and then joined by Yotuel Romero for a performance of the Grammy Award winning song, Patria y Vida. The crowd followed the performance with cries of Libertad, Patria y Vida for all Cubans, united for the same purpose.

Activists, artists and members of the international community send a message to the Presidents of the Summit of the Americas.