Activists testify against the Cuban regime in the Italian parliament 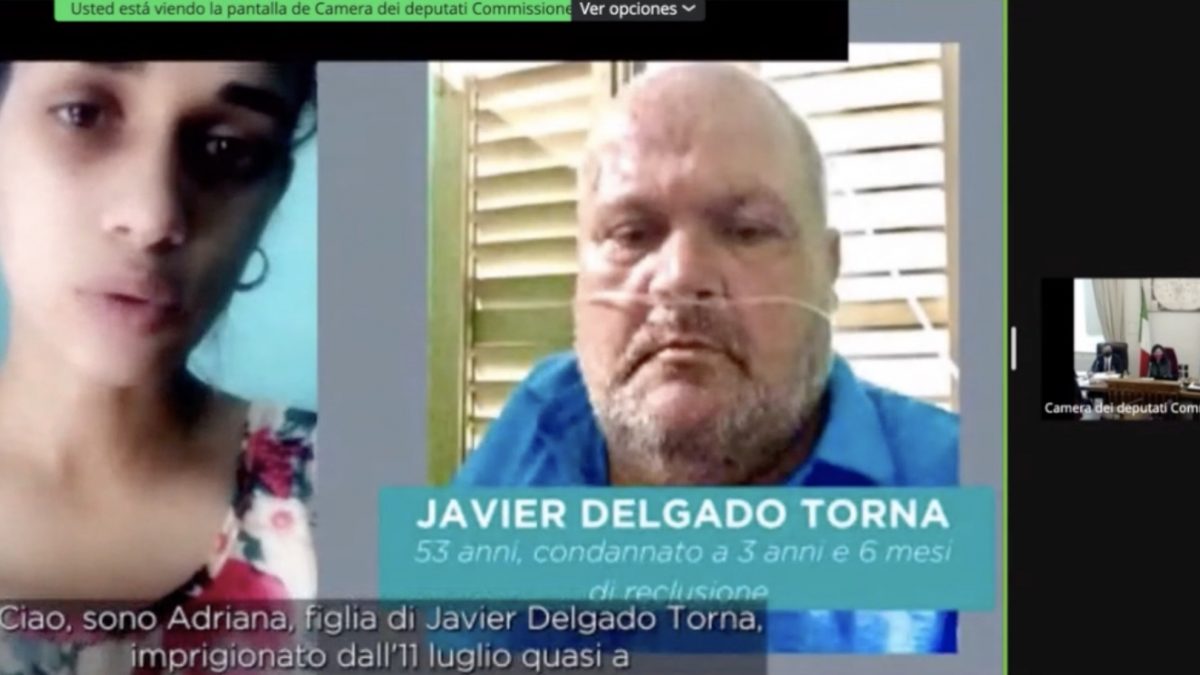 Representatives of the opposition and Cuban civil society on the island and the diaspora denounced today, in a public hearing in front of the Italian Parliament, the state terrorism applied by the Cuban dictatorship, and requested the suspension of the Cooperation Agreement between the European Union and the Cuban regime.

April 19, 2022 (Rome, Italy) Rosa María Payá, member of Cuba Decide platform, and the lawyers Marco Pellitero and Julio Pellitero, members of the organization Cubans for Democracy, testified this Tuesday before the Human Rights Committee of the Italian Parliament. The presentations focused on the denunciation of the Cuban regime’s state terrorism against the people, the situation of the more than a thousand political prisoners on the Island today, and the actions that the Italian parliament can take in solidarity with the demands for freedom of the citizens in Cuba.

During her presentation, Rosa María Payá projected a video with testimony from relatives of Cuban political prisoners, such as Adriana Delgado, whose father is in a critical health situation; Luis Wilber Aguilar Bravo, who denounced the 23-year sentence against his 21-year-old son for peacefully demonstrating; and Roxana García Lorenzo who narrated the beatings and rapes against her brother after July 11. She also showed photos of Sayli Navarro, a young woman sentenced to 8 years in prison for defending the protesters.

Payá denounced that the Cuban regime has strengthened its strategic military agreement with Russia and that it behaves as Putin’s best transatlantic ally, by promoting in Latin America and Africa the diplomatic recognition of the Donetsk and Lugansk republics, and by propagating through Cuban press agencies the official Russian discourse. Payá also requested that the Italian parliament denounce the Political Dialogue and Cooperation Agreement by which the European Union is financing the Cuban regime. Also, she requested that the Italian parliament promote the imposition of sanctions against the Cuban repressors, and the demand that Italian companies on the Island respect the human rights of Cubans, adhering to the Sullivan principles.

Lawyers Julio and Marco Pellitero emphasized the brutal repression and crimes against humanity of the Cuban regime, as well as the current social and economic crisis on the Island. They also denounced the financing that the Italian public treasury is making to organizations of the Cuban regime that present themselves as civil society. They also raised awareness about Italian companies doing business with the regime, disregarding the human rights of Cubans. Julio Pellitero emphasized that the Italian parliament should recognize independent civil society and opposition inside and outside of Cuba as valid interlocutors.

Deputy Laura Boldrini, president of the parliament’s human rights commission, thanked the Cuban witnesses and expressed her solidarity with the Cuban people. “I share with you your anguish and feeling of anger because after 60 years to continue with a regime that does not allow any kind of opening or freedom is terrible and has consequences on the quality of life of the people, the repression of the regime against legitimate and peaceful protests” said Boldrini.

All the proposals made by Cubans to the Italian parliament in this hearing are collected in the most recent publication of the Pasos de Cambio platform. Said platform, is the space in which civil society organizations and the opposition inside and outside of the Island share their initiatives. On April 10, the Pasos de Cambio Platform updated the proposals and announced the most common advocacy points during an event in Madrid in which at least 20 Cuban organizations from all over Europe participated.