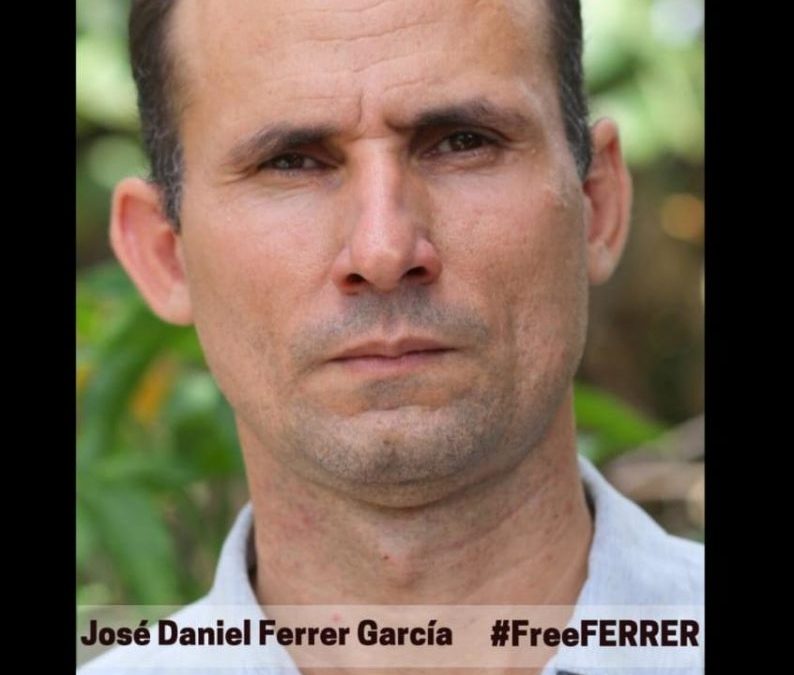 A week before José Daniel’s release, his family was able to visit him and they found that the state of his physical health was critical. At that time, the court had not yet issued a sentence.

Wife and sons of José Daniel Ferrer García have claimed, “he is unrecognizable,” after visiting him on Friday in the prison of Aguadores.

“My dad must weigh about 70 kilograms, he is unrecognizable, he looks very impaired, his acidity, stomach pains and his conditions of gastritis have been aggravated. But his spirits and endurance are intact.”
“We are very concerned, because his physical condition denotes a great weakness, and that makes us fear that, if he gets sick for whatever reason, body wouldn’t be able to handle it” the family members added.

His family has reported films without consent during the wait and pre-visit requisitions. They also criticized that the Aguadores prison in Santiago de Cuba does not currently have the necessary food, medical and hygienic-sanitary conditions to deal with the coronavirus, although masks must be put on for access.

“The guards say that due to the pandemic, visits will be reduced to a single family member. However, despite the coronavirus, my dad is kept in the same cell that he has described as wet and cold, and that he has compared to a grave,” said the son of the leader of UNPACU.

From prison, Ferrer asked democratic institutions and fighters to support UNPACU activist and Cuba Decide promoter, Cristian Pérez Carmenate, who is on extra-criminal leave due to his deteriorated state of health, and who currently needs a humanitarian visa to receive medical care abroad.

For Ferrer, Fernando González, Roilán Zárraga and José Pupo, today marks six months of imprisonment, following a process full of irregularities, which have been denounced by various international bodies. Pupo has been arbitrarily barred from visiting under prison regulations.

On 12 March, the Court was to issue the judgment of the four opponents. To this day, the verdict remains pending, an open violation of Cuban laws themselves. During the trial, the Prosecutor’s Office ratified the nine-year petition for the UNPACU leader and seven to eight for the rest of the activists.