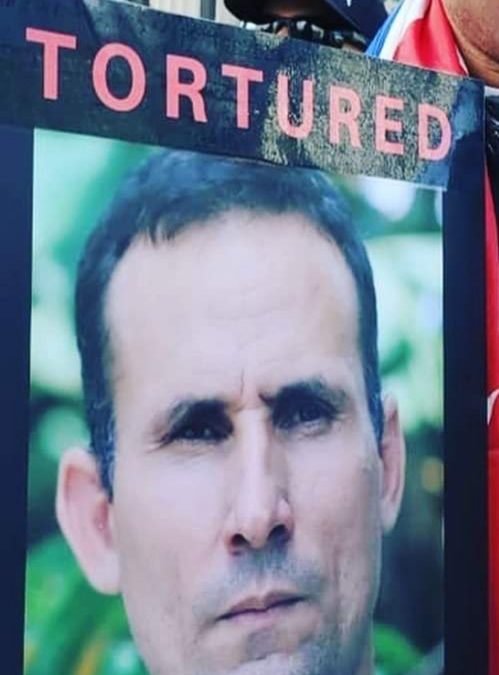 Despite being in critical health, he is still tortured and subjected to the worst prison harassment.

José Daniel Ferrer García, leader of the Patriotic Union of Cuba (UNPACU) is being tortured, with danger to his life, by the Castro state security in the Aguadores prison of the province of Santiago de Cuba. The peaceful pro-democracy activist has lost more than half of his body weight and he has also largely lost his vision and voice. For 25 days, in conditions of isolation, he has been on a hunger strike because the food and water they were giving was rotten and with worms. He has not received any medical attention, and despite his delicate health condition, they keep him half naked in a wet and cold cell, chained by hands and feet. His face has bruises and traces of scratches, his body has signs of torture and burn marks from friction. Since last November 7, only time his family could see him for 4 minutes, José Daniel resumed a hunger strike that remained until today.

The resolution of this prisoner of conscience, against whom there are no formal charges nor has he been allowed any legal assistance, is, just as José Daniel Ferrer García, verbatim, was able to express to his wife: “Freedom, dignity or death.” His case requires all possible national and international solidarity, urgent pressures on the representatives of the totalitarian regime of Havana, so that they do not kill Ferrer García with impunity, as they have done in recent years with other human rights defenders in Cuba, such as Orlando Zapata Tamayo in February 2010. Together with Ferrer, 3 activists were arrested and remain missing: Fernando González, José Pupo Chaveco and Roilán Zarraga Ferrer.