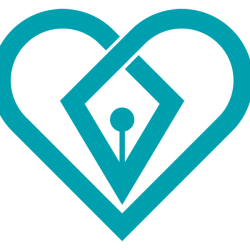 Rosa Maria Payá meets with President of Bolivia, Jeanine Añez, wherein Bolivia decides to cease their relations with the Cuban regime due to insults and accusations from the regime directed towards the Bolivian government.

Cuba Decide unveils an impactful, promotional video, with over 50,000 views, that is directed towards Cubans and allies alike, on and off the Island. The video serves as a call to action to promote the steps of establishing democratic processes in Cuba. The video, featuring Cuban born individuals and created by Cuba Decide platform leaders, highlights the suffering of those who are living under the regime as well as the trauma that has been experienced by Cuban people over generations.

Following the violent and arbitrary arrest of UNPACU leader and Cuba Decide promoter, Jose Daniel Ferrer, Cuba Decide successfully urged the EU Parliament to pass resolution 2019/2929(RSP) that not only demands the immediate release of Ferrer, but also the immediate halt of Cuba’s interference in the affairs of Latin American countries. The resolution also demands the fulfilment of the binding obligations established in the PDCA, including the suspension of the agreement when the regime is in violation of human rights,..Read More

Upwards of 600 people from the opposition, both on and off the Island, congregated at the Path Toward Change held at the Freedom Tower in Miami, FL, to ratify the Agreement for Democracy and to denounce the arbitrary imprisonment of Jose Daniel Ferrer, Fernando González, José Pupo Chaveco and Roilán Zarraga Ferrer.

UNPACU and Cuba Decide promoters across the island called for a national demonstration where citizens attempted to gather in public spaces with a sunflower in hand. The participating cities included: Camagüey, Holguín, La Habana, Las Tunas, Matanzas and Santiago de Cuba. This demonstration was an act of peaceful protest in response to the repression faced by members of the opposition, and was timed to coincide with the official visit to Cuba by European Union Representative, Federica Mogherini, who has stated..Read More

Day for the Victims of Communism in the Americas

The Miami Dade County Commission honors the legacy of Oswaldo Payá and Harold Cepero with a Proclamation on July 22nd as the Day for the Victims of Communism in the Americas.

Rosa Maria Payá is awarded the Morris Abram Award at the 2019 UN Watch Annual Gala in Geneva. The award honors those who honor Morris Abram’s legacy as a fighters for civil rights. Payá is a leading voice advocating for international pressure on Cuba and has raised the issue through passionate appeals at the UN Human Rights Council, the European Parliament, the US Congress, the Organization of American States, the Summit of the Americas and several national parliaments.

The Swedish government agrees with Cuba Decide and refuses to ratify the EU agreement with Cuba. Sweden stands in solidarity with the Cuban people in their quest for freedom.

Cuba Decide successfully launches a massive election monitoring and reporting campaign: NO al Sistema (NO to the System campaign). The government tries to silence opposition voices by arresting, and even deporting, activists. Citizens report on the fraud taking place in numerous electoral colleges during the illegitimate constitutional referendum across the island, at times including video and photographic evidence. More than 334,113 people are informed of their rights using email, mass texting, social media, and door-to-door canvassing.

Cuba Decide supporters and partners participate or organize events in front of Cuban Embassies in 18 cities across the world as part of the “Marcha de los Prohibidos” (March of the Prohibited). The events generate a unified call against the Cuban political system, the president, and the upcoming referendum. Hundreds of Cubans in exile participate and some are met with counter protests and violence organized by Cuban government officials, such as in Brazil. The events generate awareness of a variety..Read More

Cuba Decide, together with thousands of Cubans, participate in a successful grassroots campaign on the 60th anniversary of the dictatorship. “Not one more year of dictatorship”, or Ni1+, is the rallying call that engages a record number of Cubans on and off the island. Although intended only for the first week of 2019, the campaign organically grows and remains strong through February 25, and evolves into a rejection of the new constitution imposed by the government.

Summit of the Americas

High-level meetings held at the Summit of the Americas in Lima, Peru draw international attention on rights violations. Participation in the event also exposes the non-democratic process, led by Raul Castro, to appoint a new president in Cuba. Also, Cuba Decide successfully pressures the Cuban regime to withdraw their delegation from the inaugural ceremony at the Summit of the Americas.

The United States Senate passes Senate Res. 224 – A resolution recognizing the sixth anniversary of the death of Oswaldo Payá Sardiñas, commemorating his legacy and commitment to democratic values and principles.

Cuba Decide launches a civil disobedience campaign, calling upon citizens to nullify their ballots with the word “plebiscite” or abstain from voting. Cubans have an opportunity to voice their opposition to the fraudulent succession and support a legitimate process for the Cuban People. Cuba Decide monitors the elections at electoral colleges across the country. Results show 37% of voters abstain or invalidate their electoral ballots, despite residing in places where high levels of manipulation and violence imposed by State Security..Read More

Cuba Decide brings international attention to the Cuban government’s repressive system during the second annual Oswaldo Payá Life and Liberty Award, held in Havana Cuba. Former Presidents Andres Pastrana and Jorge Quiroga, of Colombia and Bolivia, members of the Democratic Initiative of Spain and the Americas (IDEA) group, are prohibited from entering the island to receive the prize. As a result, outrage among the Colombian and Bolivian government ensues and is documented by international media and international institutions.

Cuba Decide implements election monitoring across the island, calling upon citizens to nullify their ballots with the word “plebiscite”, or to leave their ballots blank. Cuba Decide dispatches more than 30 teams to monitor election counts throughout Cuba. The Cuba Decide team establishes that more than 30% of ballots are nullified at polling places where monitoring took place. The Cuban government officially reports it at 20% and then later reduces it to 15%. Results show 37% of voters abstain or..Read More

Cuba Decide leaders gather more than 10,000 signatures in support of the Varela project

Rosa Maria Payá and other Cuba Decide leaders present Cuban Parliament with more than 10,000 new signatures in support of the Varela project, calling for a public deliberation to change to a democratic multiparty system.