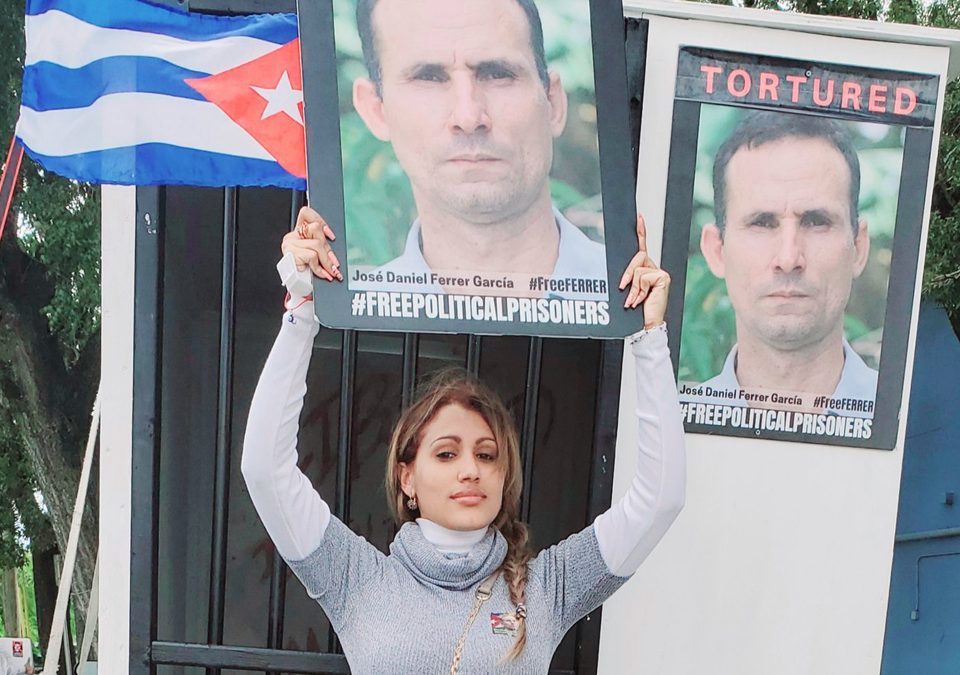 The members of the Patriotic Union of Cuba (UNPACU), with the support of their relatives, Cubans in the United States, Latin Americans exiled by dictatorial governments and civil society in general, demanded the release of José Daniel Ferrer and all political prisoners in a rally outside the Embassy of the Cuban regime in Washington DC. On the occasion of his arbitrary detention and the brutal torture at the hands of the regime of Raúl Castro and Díaz-Canel.

To see the photos of the anti-communist protest held in Washington DC on November 8, 2019, click here

In the well-known Calle Ocho and in front of the Versailles restaurant, the usual meeting place for Cuban exile, former political prisoner Guido Sigler Amaya embodied Ferrer during a staging of the supposed conditions of isolation and torture in which the Cuban government maintains Ferrer.

Two hundred people asked for the freedom of Cuban opponent José Daniel Ferrer on Sunday in Miami, in front of the replica of the cell where the leader of the Patriotic Union of Cuba (UNPACU) was detained two months ago.