Does This Cuban Millennial Hold the Key to Freedom Young Americans Are Forgetting? 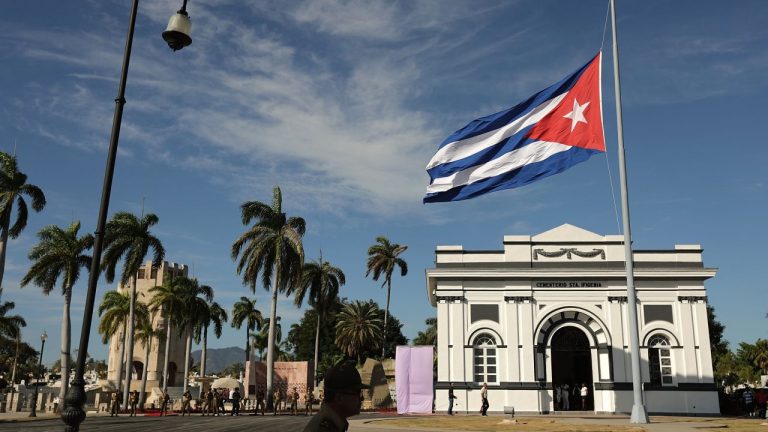 EDITOR’S NOTE: Ibis Valdés is a Young Voices advocate and a graduate of international law and human rights. She is an organizer with Engage Miami, a nonprofit that elevates the youth voice in South Florida elections. Opinions presented here belong solely to the author.

On the evening of December 6, I sat down at a café near Little Havana in Miami to drink coffee with one of Cuba’s most visionary freedom fighters. Rosa María Payá is a 28-year-old activist with a background in physics and a prolific track record in human rights advocacy. Publications like Fox News, The Atlantic, and The Washington Post have featured her referendum initiative, which has been discussed by the UN General Assembly and by heads of state like President Trump.

She is the daughter of Oswaldo Payá, a Cuban activist who led the Christian Liberation Movement which called for a transition to democracy in Cuba. He officially died in a car crash in 2012, but many dissidents speculate that it was actually a murder committed by the Cuban government to permanently halt his vision of multi-party elections being held in the country.

They say the best revenge is success; Rosa María decided to carry her father’s torch by organizing the “Cuba Decide” initiative, a campaign calling for a binding referendum to be held in Cuba to allow for a democratic system where multiple parties can hold elections. She emphasizes why “Cuba Decide” is important to ensure democracy for Cubans as well as international security.

«She does not pretend that ‘Cuba Decide’ is a magical solution.”

Payá and I talked about her identity, the “Cuba Decide” campaign and growing support for socialism amongst millennials. She does not pretend that “Cuba Decide” is a magical solution to tie together the oftentimes conflicting factions of Cuban dissidence movements. With the advent of social media, “Cuba Decide” represents the opportunity for those opposing factions to come together and support multi-party elections in Cuba for the first time in 60-plus years. Because the campaign itself does not represent nor endorse the creation of its own party, different visions can actually manifest as proper parties by following a single methodology.

We also spoke about perceptions abroad among the millennial population of socialism and capitalism. Various news outlets are reporting that millennials don’t like capitalism, to a greater degree than other generations have. Young American voters increasingly support universal healthcare and education, which resonate with Cuba’s main propaganda campaigns. Payá said the mission of the totalitarians that are in power right now, in countries like Cuba is to sell a lie around the world. International marketing is crucial; evoking romanticism surrounding Cuba’s public services is key to building support domestically and abroad. She emphasized that this manipulation takes place not just in the media and political arena, but also in academics, the arts, and in the “exchange programs” where Cuba sends professionals like doctors on health campaigns abroad to build support for the regime. In addition, preying upon people’s struggles accessing healthcare and education in developed countries is crucial to building support for leftist political and economic platforms.

I asked her why young people, especially non-Cubans, should care about “Cuba Decide.” She answered that totalitarian regimes are not limited to the physical and national territory where they’re imposed. Those regimes are toxic and interconnected. There is an actual coordination among the forces that are in power in these countries. The Foro de São Paulo, for example, is a coalition of left-leaning nations created by Lula da Silva and Fidel Castro in 1991. The first president that the coalition empowered was Hugo Chavez. Since 1998, with the coordination of the Cuban state security and the coalition, these organizations have been assaulting various Latin American democracies.

The United States is also affected. US National Director of Intelligence Jame Clapper in the US, laid out the four worse foreign espionage threats to the US in a 2016 congressional hearing. In order, they are Russia, China, Iran, and Cuba.

Ana Belén Montes, otherwise known as “Red Avispa,” is a jailed American citizen under the charge of espionage; she was a Cuban agent who was serving as an advisor for Cuban policy in the Pentagon. This year, sonic attacks were directed against American diplomats in Cuba. In 2015, a North Korean ship full of Cuban weapons was intercepted in the Panama Canal. The UN reported it, but we still don’t know what the destination of those weapons was supposed to be.

“When we talk about Cuban freedom, we are not just talking about being in solidarity with 13 million people on the island. We are talking about national security for the US, and the stability of the democracy in the region.”

Payá didn’t mince her words: “When we talk about Cuban freedom, we are not just talking about being in solidarity with 13 million people on the island. We are talking about national security for the US, and the stability of the democracy in the region.”

She continued: “A change in Cuba isn’t just improvement in quality of life for Cubans; it’s going to remove a constant threat that the US and the rest of the region have been facing for 60-plus years.”

Lastly, I asked Payá about how to travel to Cuba consciously, a trending topic in the new era of loosened travel policies towards Cuba. “By visiting the beaches and drinking mojitos and margaritas, you are not supporting democracy in Cuba,” said Payá. “But by going there and giving materials to the people, sharing information Cubans don’t have access to, those are substantive actions that support the people. But that’s not being a tourist, that’s being an activist.”

Not many know this, but Castro’s Revolution in Cuba wouldn’t have been possible without the help of women like Celia Sánchez or Vilma Espín who carried out the necessary logistics.

Sixty years later, a woman may be fomenting its demise as well.